Minnesota Power continually monitors how each of our generating units fit within our long-term energy strategy to balance environmental impact, reliability and cost.

In December 2015, we completed a major environmental improvement project at Boswell Energy Center in Cohasset, Minn. Mercury and sulfur dioxide emissions were reduced by more than 90 percent from Boswell Unit 4, our largest generator and the workhorse of Minnesota Power’s generation fleet. In addition, 99.8 percent of particulates are being captured. The $240 million project took three years to complete.

Since 2005, we’ve invested more than $600 million at our coal-fired power plants to reduce emissions and improve efficiency. Much of this investment applied to Boswell Unit 4 and Boswell Unit 3, the company’s second-largest generator. Technology upgrades at Boswell, the idling of Taconite Harbor Energy Center and the conversion of Laskin Energy Center to natural gas generation have produced a 70 percent reduction of overall air emissions—including mercury, nitrogen oxide, sulfur dioxide and particulates—across the Minnesota Power generation fleet.

The technology solutions that Minnesota Power uses vary by plant to get the most reduction in emissions for the least cost to customers and to comply with federal and state regulations. Here are some highlights of what we’ve accomplished so far: 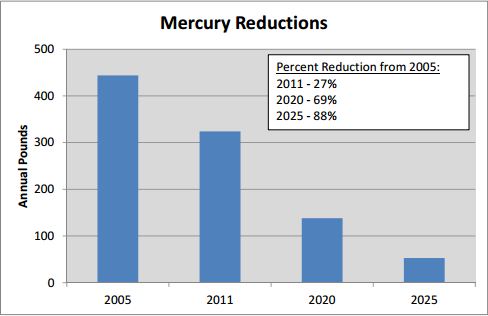