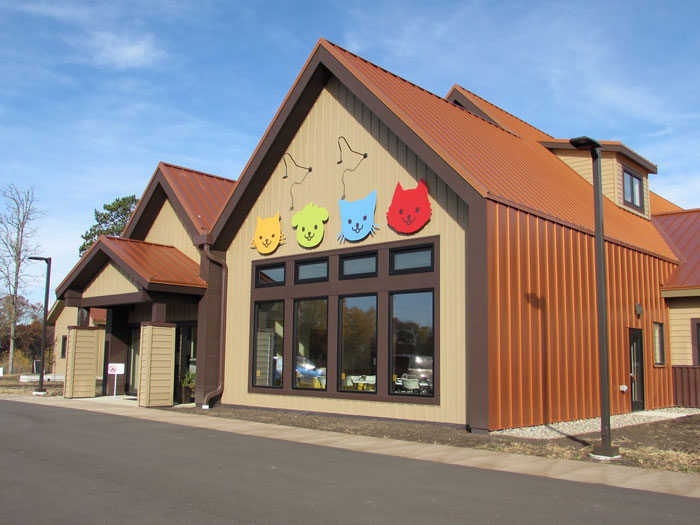 The Paws and Claws Rescue & Resort in Hackensack, Minnesota, opened in summer 2017. 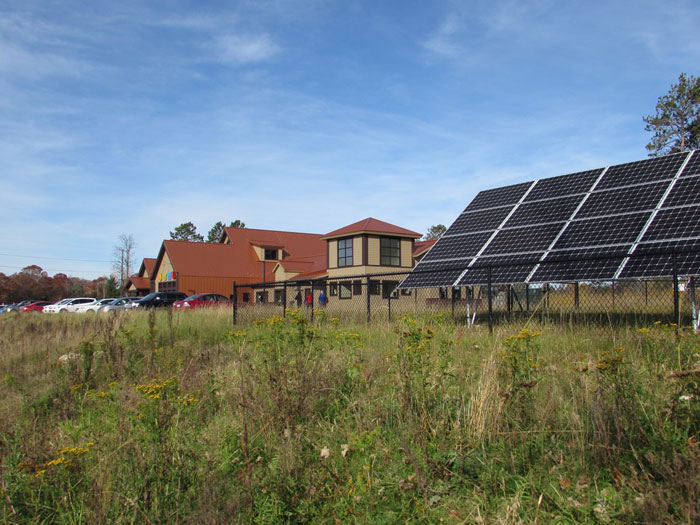 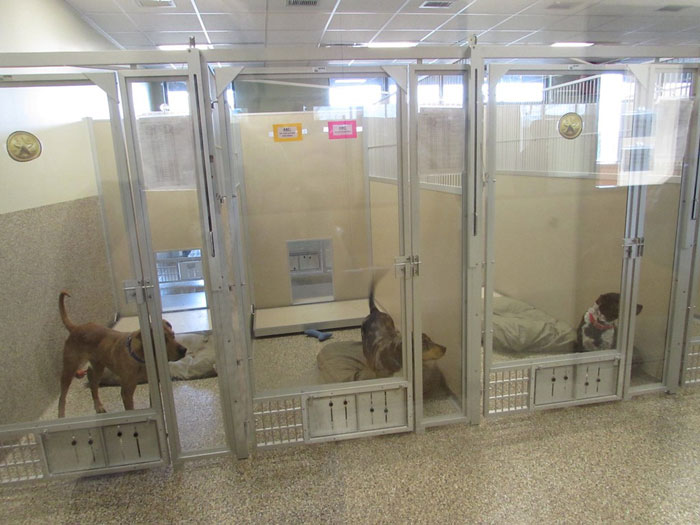 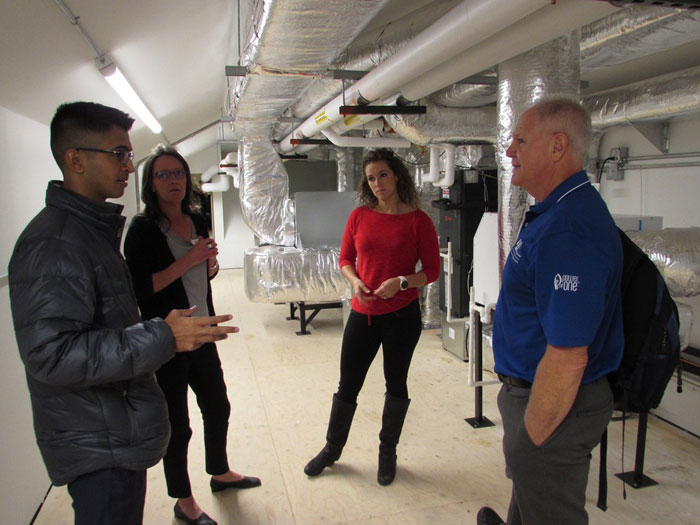 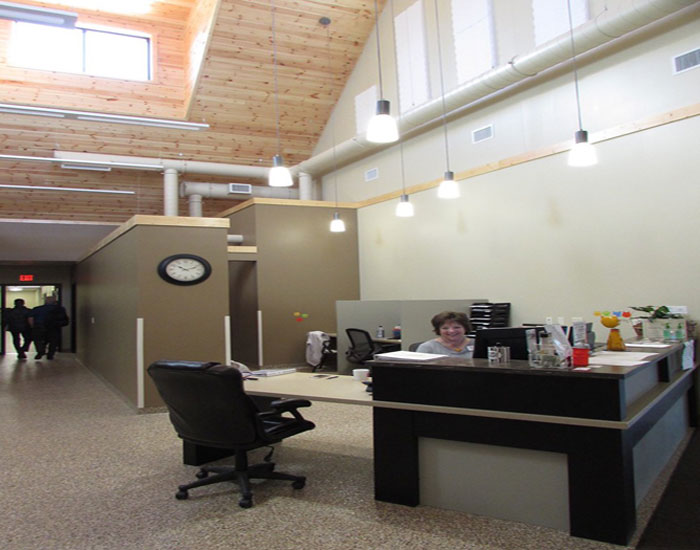 The lobby is designed to maximize natural daylight and features energy-efficient LED lighting. 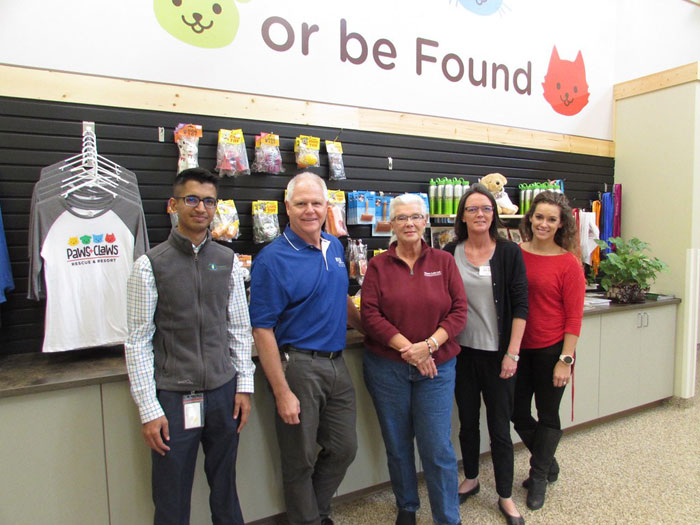 Nestled in a natural setting that is landscaped to attract bees and other pollinators, the combination animal shelter and boarding facility is a model of sustainability. It features renewable solar energy, energy-efficient LED lighting and a high performance heating, ventilation and air conditioning (HVAC) system that saves energy while keeping the facility healthy and comfortable for people and animals.

Paws and Claws began as a vision of Betty and Jack Thomas. The local entrepreneurs own Mann Lake Ltd., a manufacturer of beekeeping products and supplies that has made numerous energy conservation upgrades over the years with support from Minnesota Power’s CIP team. Concerned by a lack of animal shelters in Cass County, the couple launched a major campaign to build one, deciding upfront to develop a modern, energy-efficient facility.

“Animals have always been important in our lives, and, with our business growing, we wanted to provide for the homeless animals in Cass County,” said Betty Thomas, founder and board chair of Paws and Claws. “We were fortunate enough to find 22 acres of land right on Highway 371, and that is when planning really got started.”

Six years of fundraising, research, design and construction later, the facility opened in summer 2017. Paws and Claws has shelter space for up to 20 dogs and 30 cats in need of adoption, plus boarding capacity for about 33 dogs and 4-8 cats. Boarding revenues help support the nonprofit organization’s animal adoption services.

“Relationships are important,” said Craig Kedrowski, energy efficiency analyst-lead, Minnesota Power, noting how long-term connections with the Thomases brought the CIP team to the table early in the design process. “We were informed about this building while it was still conceptual and worked closely with the design team to get Paws and Claws the greatest energy savings and highest rebates possible.”

Renewable energy and energy efficiency help keep operating costs in line. The 40 kW onsite solar photovoltaic system meets about 20-25 percent of Paws and Claws’ total energy needs. In addition, the building’s passive solar design maximizes daylighting and reduces heating and cooling loads. One hundred percent of the facility’s interior and exterior lights are energy-efficient LEDs, many equipped with controls for even greater savings. A sophisticated HVAC system divides the building into multiple zones with separate air-handling units and includes features that save significant amounts of energy.

“The air-handling equipment operates based on the needs of animals or people in the zones, so fan motors do not have to run continually, and air conditioners only cool at times when they are needed in specific areas of the facility,” said Minnesota Power CIP commercial energy consultant Margit Barot, of Energy Insight Inc. “There also are energy recovery ventilators tied into the units that use energy from the return air to precondition the incoming air, which reduces the electric load on air conditioning units.”

Choosing LED lights and a zoned HVAC system with variable frequency drive motor controls and energy recovery ventilators qualified Paws and Claws for nearly $5,000 in Power of One® rebates from Minnesota Power. These technologies will help the organization avoid approximately 137,370 kWh of electricity per year and 17.51 kW in monthly demand, saving more than $8,000 in annual utility costs.

“We have found Minnesota Power to be very easy to work with and supportive of what we have planned here,” said Betty Thomas. “The rebates are great incentives. It is wonderful to be recognized by our utility for wanting to save energy. It is very forward thinking.”

“There is a lot of positive energy in this building, and the staff is very proactive about conservation,” said Coretta Czycalla, executive director, Paws and Claws, at a recent meeting with Minnesota Power. “It is an exciting time—we are learning as we go.”