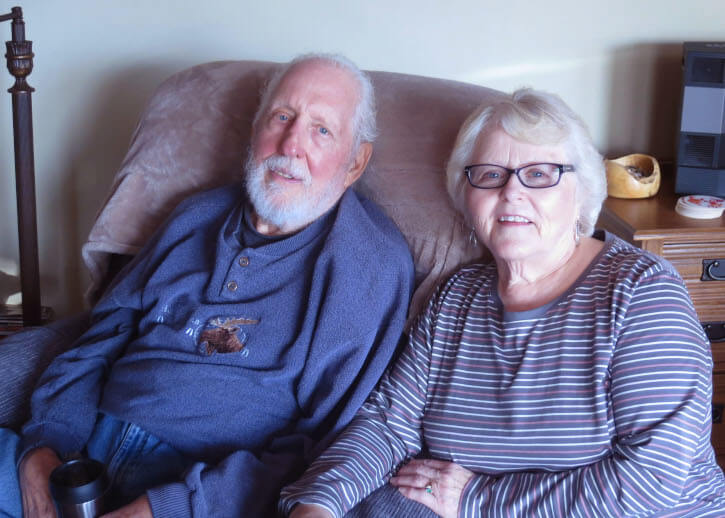 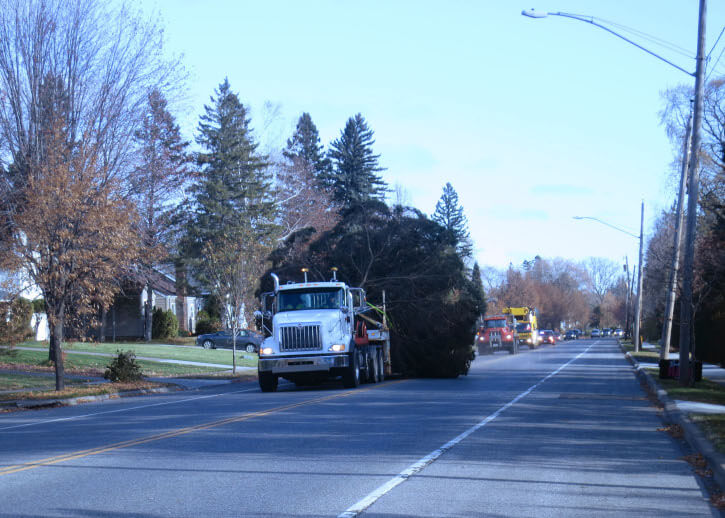 The 53-foot tree makes its way down London Road in Duluth on Tuesday morning. 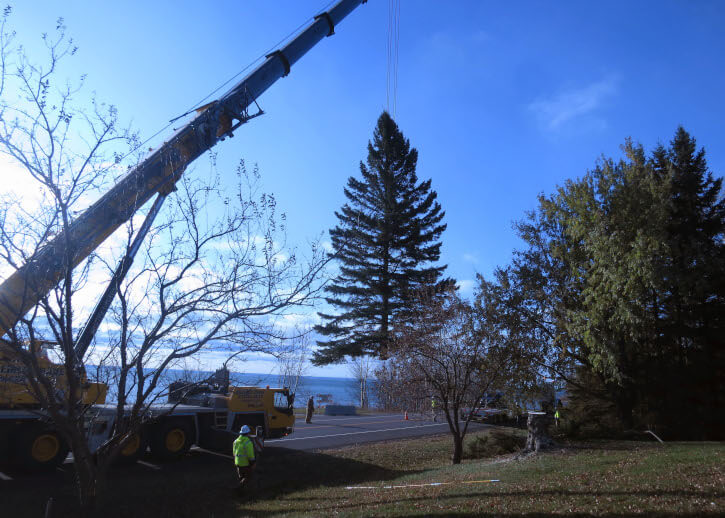 The freshly cut tree dangles from the crane with Lake Superior in the background. 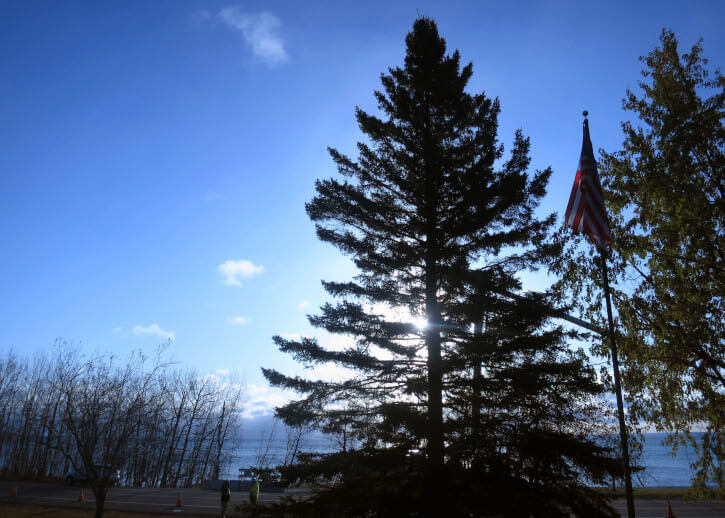 The sun peeks through the boughs of the white spruce one last one morning. 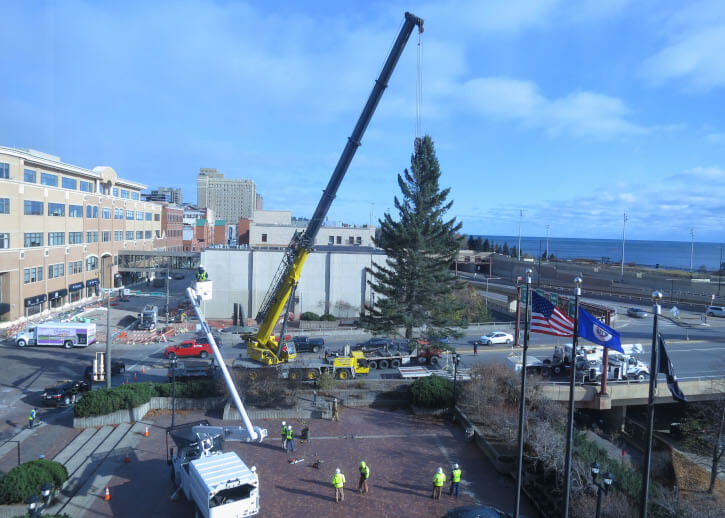 A crane hoists the community Christmas tree from the flatbed truck to the plaza.

Mornings will look a little different from now on for Bill Hardesty of Duluth.

Bill likes to watch the sun rise over Lake Superior from his living room. Tuesday morning, he got up a little earlier to see the sun through the branches of an imposing white spruce for the last time. The tree had grown to dominate the yard of the Hardesty home on Scenic Highway 61, but by 10 a.m. it was cut and loaded onto a trailer and headed to the plaza outside ALLETE HQ to be this year's community Christmas tree.

For months, Bill’s daughter had suggested it was time to let the tree go. Now more than 50 feet tall, it posed a hazard to the house when the wind came howling off the big lake. It also blocked the view of Lake Superior from the living room. Unable to get around as easily as he used to, Bill has taken to watching the sunrise from the living room.

So Bill and Georgette contacted Minnesota Power to offer their tree.

On Tuesday, neighbors and friends gathered under sunny skies at the Hardesty home to watch as a chainsaw sliced through the trunk and a crane lifted the tree to the waiting trailer. Crews from Minnesota Power, Northern Clearing and Kraemer Crane Sales made it all look easy.

“That was some spectacle,” Bill said as the crews packed up to head back to town and the spectators moved inside to enjoy breakfast with the Hardestys. He compared the tree harvest to a well-made clock that keeps perfect time.

“They were so well-versed in what to do,” Bill said. “Very impressive. You could see the guys are professionals.”

The white spruce topped out at 53 feet and 4,000 pounds, and was estimated to be about 42 years old.

Georgette, who said her husband was much more sentimental about the tree than she was, admitted to holding back a few tears as the tree came down. But no regrets—she said she also is excited about the new view.

Bill, too, said he had some mixed feelings. A self-described “tree person,” Bill said he has planted many trees on the property since he and Georgette moved there more than 20 years ago.

“This is a live tree. It’s part of the web of life we all belong to … it’s really been a part of our life here on the shore,” he said. The view “will be totally different tomorrow.”

Bill and Georgette Hardesty and family and will be on hand to help flip the switch to illuminate the community Christmas tree on Friday, Nov. 22, just before the Christmas City of the North parade. The Marshall High School band will provide holiday music for the traditional tree-lighting ceremony.