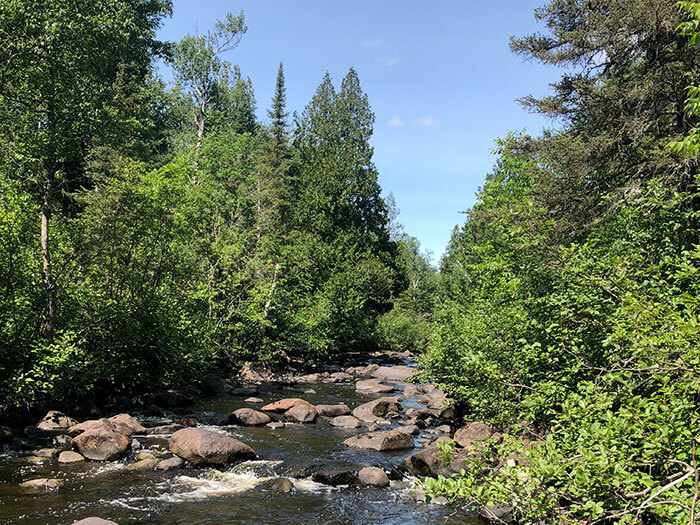 One of the three trout streams in the Moose Creek Project, the Rajala Woods Foundation’s first undertaking. 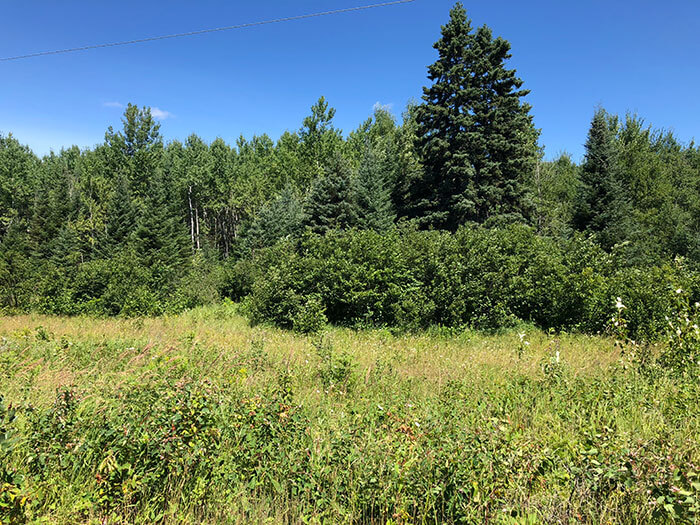 Moose Creek lands will be “rebooted” and managed for longer-lived tree species.

A new nonprofit foundation is extending the vision and reach of Minnesota Power’s Rajala Woods initiative.

The Rajala Woods Foundation (RWF) was formed in late 2017 and is beginning to promote itself publicly with a new website. As a tax-exempt, private operating foundation, RWF will acquire and manage ecologically significant forestland in the Upper Midwest, with a mission to help restore northern forests.

Like the MP initiative that was launched in 2015, the Rajala Woods Foundation is committed to restoring long-lived tree species, such as white pine, in their native habitat and creating healthy, resilient forests that last hundreds of years.

“Many of our northern forests are currently stuck in a bit of a rut,” said Kurt Anderson, director of Environmental and Land Management at Minnesota Power and RWF chairman. “Today, ‘natural’ forest regeneration after harvest usually results in a preponderance of shorter-lived species, like aspen and balsam fir. The RWF is dedicated to restoring forests to a more natural and sustainable structure, one that includes longer-lived species, like white and red pine.”

While fast-growing, shorter-lived tree species such as aspen, birch and balsam fir can be ecologically and economically valuable, these stands decline after a few decades and become more susceptible to wildfire and insect infestation if not properly managed.

“That’s where the RWF steps in,” said Dan McCourtney, MP Environmental and Land supervisor who serves on the foundation’s board. “We want to break that cycle, and help ‘reboot’ some of our northern forests.”

According to McCourtney, this means acquiring land and developing a forest management plan, often followed by a harvest of the shorter-rotation trees. Then comes planting of long-lived tree species, with the type of tree dependent on soil and other site characteristics. This is followed by an intensive five-year nurturing program that includes budcapping trees (to prevent deer browsing) and the removal of competing brush and short-lived saplings.

“It’s a significant undertaking,” McCourtney said. “But it’s definitely worthwhile. Once we get those trees ‘off the ground,’ these rebooted forests will thrive for a century or two, maybe more.”

First on the agenda: The Moose Creek Project, a 1,200-acre tract of ecologically significant land about 10 miles west of Taconite Harbor that was donated to the RWF by ALLETE in early 2018.

In addition to creating healthy forests, RWF’s land management philosophy also seeks to preserve public outdoor recreation. That means foundation-owned lands will be open for public use, including hunting, fishing, and hiking. But the foundation isn’t going it alone. It will partner with like-minded agencies, organizations, groups and individuals to advance regional forest management goals.

“They say it takes a village to raise a child,” Anderson said. “Restoring a forest requires a similar commitment.”

The Rajala Woods Foundation board

Kurt Anderson is board chairman, Brian Stacken is treasurer, and John Rajala is secretary. Rajala is the son of the late Jack Rajala, the conservationist, forest products businessman and former ALLETE board member whose name the initiative and foundation bear.