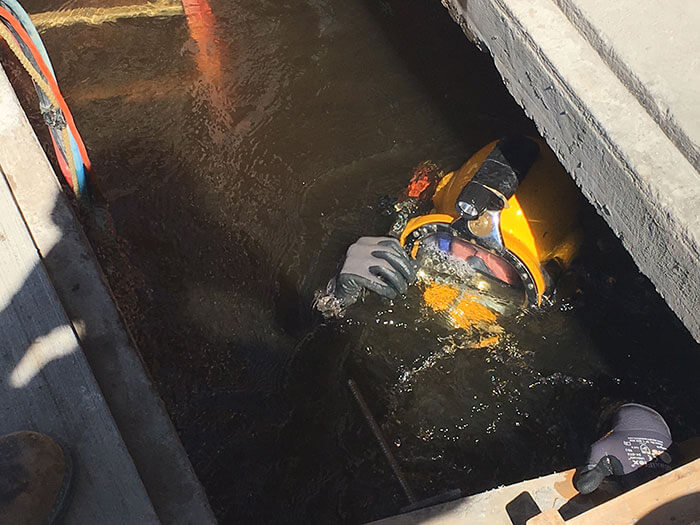 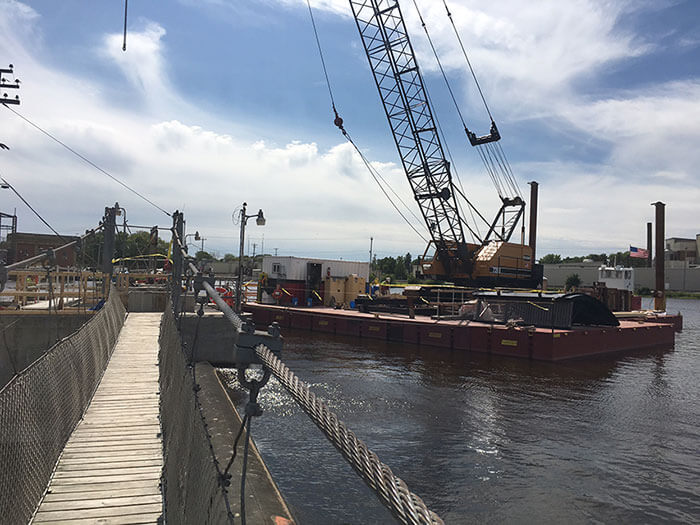 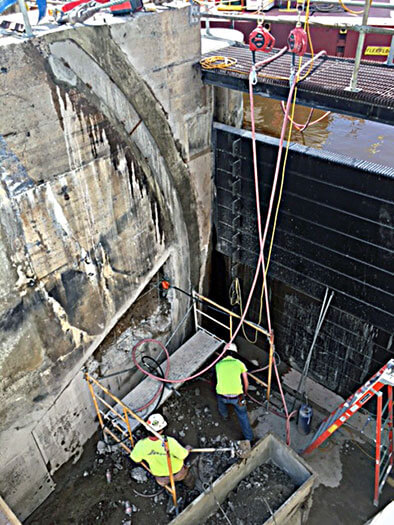 J.F. Brennan employees work on a concrete repair on the No. 2 spill capacity gate in Little Falls. Stop logs were installed on the upstream side of the gate to stop the water flow and allow access.

A large gate replacement project underway at the Little Falls Hydro Station will improve public safety and reliability at the oldest of Minnesota Power’s 11 hydro facilities.

The project includes replacement of three spill capacity gates and installation of four new head gates at the hydro station that dates to 1888.

Replacing the spill capacity gates, which date from the 1920s, will improve public safety by ensuring the reliability of the system that controls water levels, both above and below the dam, at the hydro station.

Chris Rousseau, manager of renewable business operations, said the Little Falls project is part of a systemwide gate assessment done during the past year led by Dan Nordling, engineer senior and also the project manager in Little Falls.

“The assessment allows our hydro leadership team to systematically prioritize improvements on more than 220 gates, focusing on life extension and long-term reliability of those assets,” he said.

Nordling is being assisted in Little Falls by Jeff Meyer, lead maintenance journeyworker; Lance Yoki, designer; Mark Kayser, engineer III; and Andy Remus, engineer senior. Mike Chambers, production coordinator, helped predict river flows to ensure the safety of crews on the site. J.F. Brennan is the marine contractor for the project, supplying the barge, crane and divers. New gates were supplied by vendors in Two Harbors, Minnesota, and New York, and fabricated specifically for the Little Falls dam. Finish welding and coating on the head gates is being completed by Hydro Maintenance staff in Little Falls.

Rousseau said the city of Little Falls has helped support the project by working closely with J.F. Brennan and MP staff to identify areas on shore for staging as well as providing a partial road closure to improve safety and efficiency during portions of the project.

“These are all done with public safety, environmental priorities and overall reliability in mind,” Rousseau said.