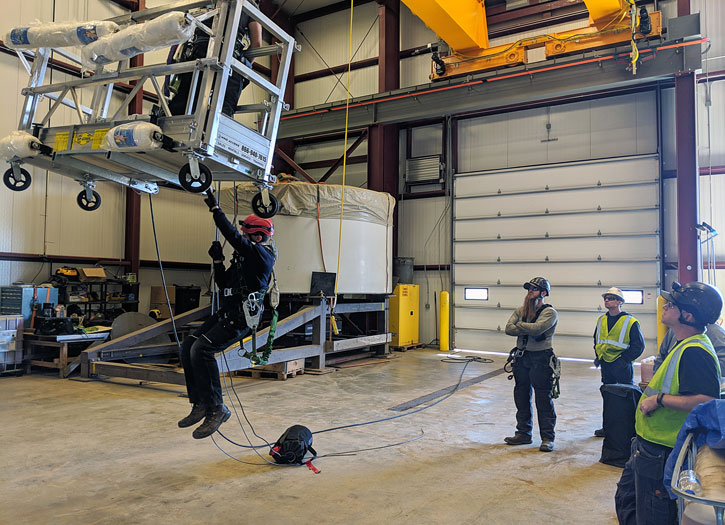 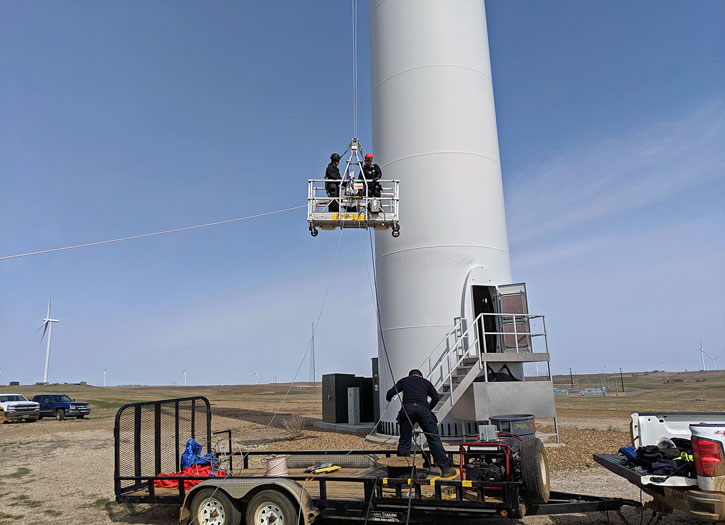 Ryan Zachmeier and Alex Bamberg ride in the suspended basket as Brant Nettleton supports them from a trailer. 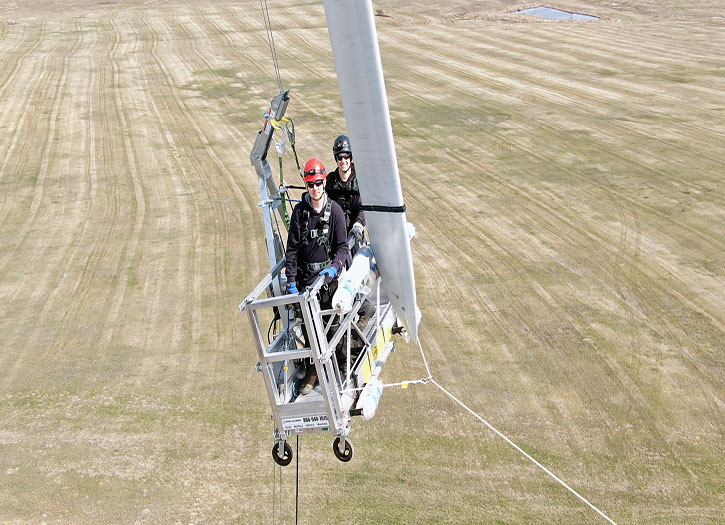 In this photo taken by the ARRI drone, Alex Bamberg and Ryan Zachmeier reach a turbine blade in the suspended basket. 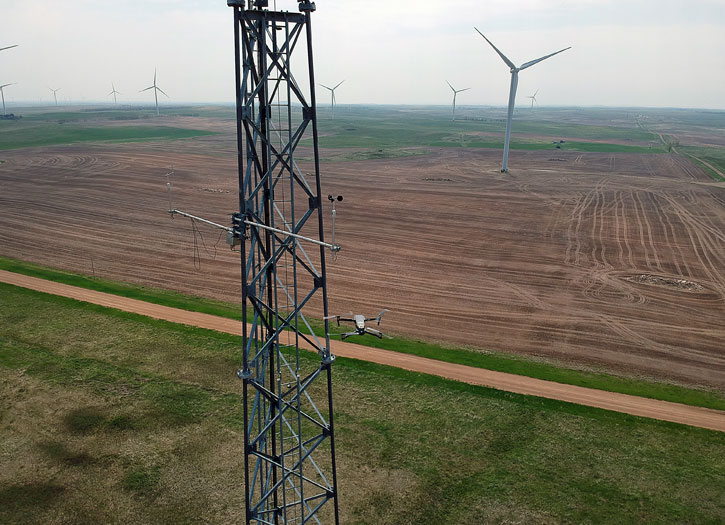 The ARRI drone in flight during an inspection of a meteorological tower at Bison Wind Energy Center. Philip Miller used his personal drone to capture the image. 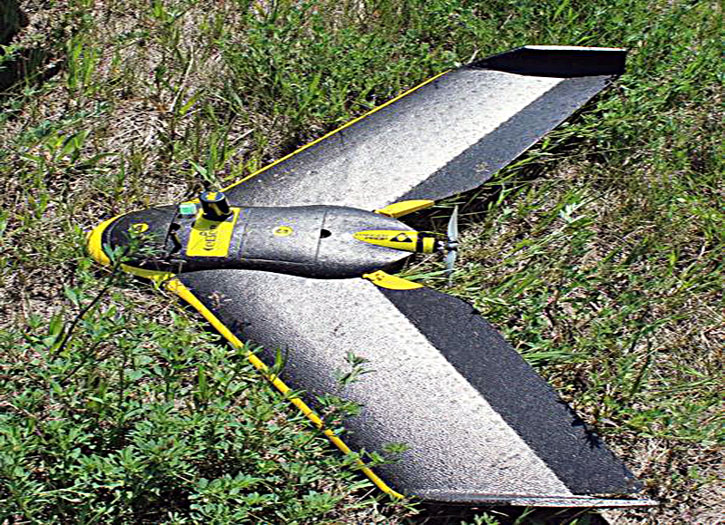 A suspended basket and a drone put into service this spring have extended the capabilities of the ALLETE Renewable Resources team at Bison Wind Energy Center in North Dakota and promise to cut costs for wind turbine blade inspections and repairs.

Benjamin Reister, renewable production supervisor for ARRI, said the suspended basket gives his team improved access to turbine blades, mostly for repairs. He said his group learned that ALLETE Clean Energy was repairing blades in-house and decided explore the available options. A new drone, along with a suspended basket for accessing turbine blades, went into service this spring.

Each turbine blade at Bison is inspected every four years, Reister said. With 165 turbines at Bison, about 123 blades on 41 turbines need to be inspected each year. Most of that work was formerly done by contractors, who could charge for delays or standby time forced by bad weather.

With one drone, five drone operators licensed by the Federal Aviation Administration on staff and the suspended basket, Reister said his team now has the capability to do the blade inspections, and most indicated repairs, themselves. And they have the flexibility to work on the turbines and blades when the weather is good.

While he can’t yet provide an amount, Reister said the drone and suspended basket will lead to significant savings for the company.

“They’ll be useful over the coming years for sure,” he said. “Our technicians have shown interest in these new opportunities to expand their skills while improving our efficiency and lowering costs for the company.”

The basket manufacturer sent a representative to train the ARRI team on rigging, rescue and operation of the basket in April. The drone began flying in March, after the five licensed drone operators took an online course and then an FAA exam, each putting in almost a week of effort to get licensed.

Reister said the drone improves the efficiency of inspecting the 495 wind turbine blades at Bison and helps identify issues and prioritize any repairs. The drone’s high-quality camera gives the ARRI team a good, close-up look at the blades. If anything seen on the drone camera needs a more detailed inspection, he said employees can use the suspended basket to reach the area on the blade, though he said he foresees the suspended basket being most useful for blade repairs.

“This is a great example of identifying a need and coming up with a safe, in-house, competitive solution. I’m appreciative of the ARRI wind technicians’ willingness to add new skills and knowledge to their list of capabilities,” said Todd Simmons, general manager – renewable operations. “Ben Reister has done a great job working collaboratively with internal ALLETE team members as well as with Siemens, with whom MP has a long-term service agreement, to seek proactive and economical solutions for blade maintenance and repairs.”

Other ALLETE companies also are using drones to save money or make operations more efficient.

BNI Energy has been using a fixed-wing drone since 2016 at its Center Mine to take aerial photos that help generate topographical maps used to plan mining and reclamation activities. The up-to-date images also are sent to mine crews to improve safety at work sites.

ALLETE Clean Energy contracts with a drone company to assess damaged wind turbine towers and nacelles to determine whether they are safe for technicians to climb, and has assessed using drones to inspect turbine blades but has not deployed them. ACE also has a pilot project in which photos of turbine blades taken by a high-speed camera on the ground are passed through powerful software that identifies damage to the blades.

A working group is looking into expanding the use of drones for field inspections and other applications across ALLETE’s companies. The group’s goal is to get policies in place for the orderly, legal and secure adoption of drone technology, which is regulated by a number of federal agencies.